Crash: A Middle Grades Reader’s Theater Inspired by the Novel

So, it was a writing kind of day. I have had this idea in my brain for about two weeks now, but couldn’t figure out how or where to start.

Have you ever read a novel that ISN’T actually a movie with your students? These days it can be hard to come by, for sure. Hunger Games, Because of Winn Dixie, Holes, Tuck Everlasting, Bridge to Terebithia, and on and on…However, each of the years I read the novel Crash by Jerry Spinelli, my students’ first question upon completing it is, “Is this a movie? I want to see it!”

I am always grateful that it is not because I have my own idea of what every character looks like, and I want to keep it that way. I might date myself a bit, but I visualize some of the old Wonder Years cast as some of the characters…

So back to the “it was a writing kind of day…” After designing the cover page and determining the cast of characters, I finally settled on the fact that this reader’s theater would only be able to focus on a snippet of the text, otherwise it would end up as long as the novel.

I chose the beginning of the novel (the flashback part where Crash and Penn meet) for this reader’s theater script. Selfishly, it has some of my favorite parts. I love when Crash goes to dinner at the Webb’s house. Certainly that had to be included.

If you have read this novel and are looking for a little fun with your class, this reader’s theater is perfect for our crew. I promise it will be a hit! They will love playing Crash and Penn and re-enacting how they met when they were six. While it is a fun 8-character, 6-page script, I also included a compare and contrast focus activity, as well as three reader response questions that focus on the script. The focus CCS standards are listed as well. 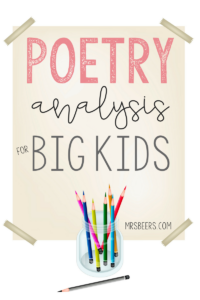 A Fun Valentine’s Day Activity for the Middle Grade Classroom

I am a 7th grade language arts teacher in Cincinnati. 2022 marks my 22nd year in the classroom!